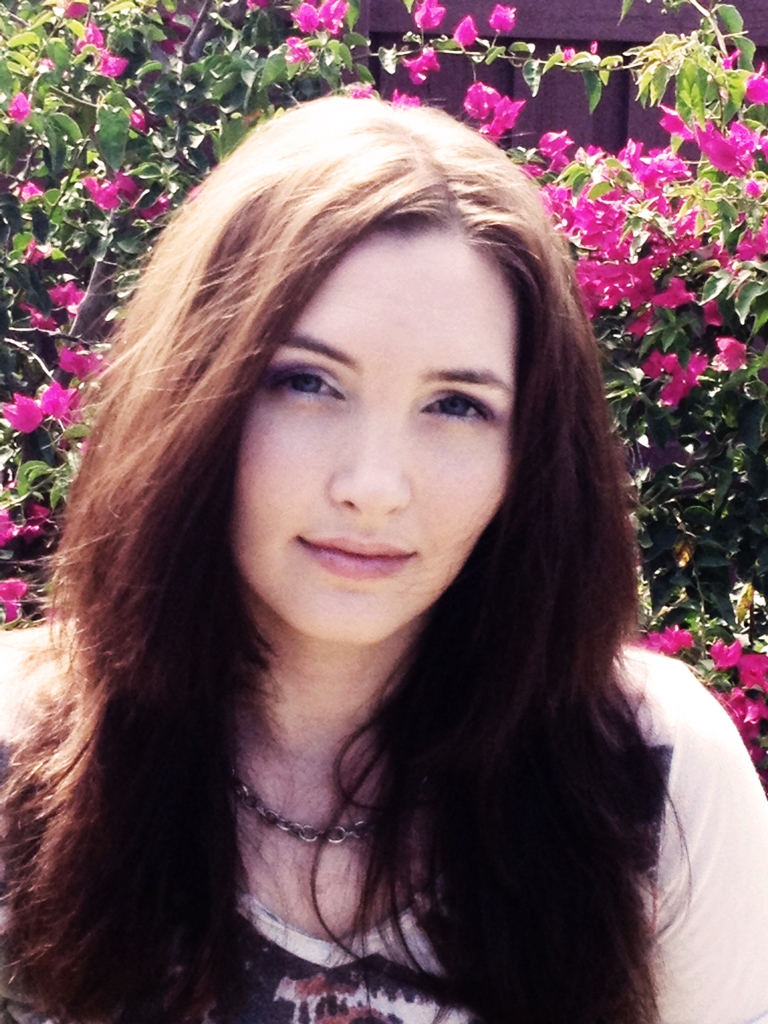 Hi Rebecca, thanks so much for agreeing to do this Q&A! My very first for my very own, brand new website! Here are a number of questions on writing and on the Forever Girl series.
Thanks for having me!

Where did the story of Sophia, the Forever Girl, start for you?
People hate this answer, because it’s so vague, but . . . I had this idea for a story “problem”, but when I started writing the story, I realized it didn’t fit in this story. This “idea” will present itself in Book 4. There are hints in Book 1 about what it might be related to, though. 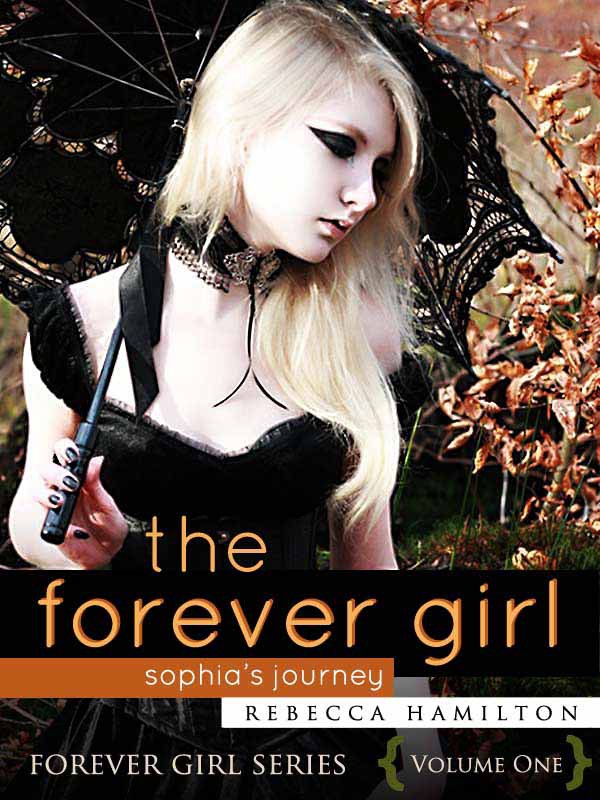 Does Sophia share any traits with you? Do you identify with her or any other character specifically?
Probably that she doesn’t have a lot of friends? I’ve always been an outsider myself. With the internet, I have met a lot of wonderful people who have become friends, but in my daily face-to-face life, I have my family, my husband, and 2-3 friends.

How long did it take you to write your first complete draft?
Six weeks to write it; over three years to edit it! It was my first book, though.

Did you know where the story would go or did the characters manage to surprise you?
Oh, the characters surprised me all right! One of the smaller characters singlehandedly detoured the first book. She’s the reason that my “story problem” idea didn’t make it into book 1 and will have to be in book 4 instead.

You’ve mentioned that it will be a seven-book series. Did you know that from the start and did you plot ahead for the entire series?
At first I thought it would be one book. As I started writing, I realized it would be a trilogy. By time I was done editing, it was a seven-book series. I have the main ideas for each book but I only plot one book at a time.

What’s the next book and when will it be published?
Come, the Dark is the next book and I hope to publish it in 2013, though I’ve been really behind lately due to not feeling well and some major family changes we’ve had this past year.

Some of the books are novels, others are journals. Why this combination?
All the books in the actual series are novels. The “bonus content” that I provide aside from those seven books are novellas. Those are more like gifts to my readers if they want to see more sides of the story.

How much research has gone into The Forever Girl (series)?
A lot! Each book provides new struggles as sometimes there are things I need to research where the information is not easy to find! 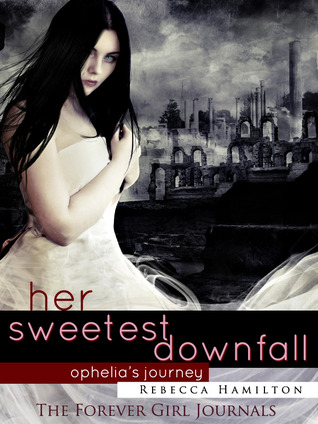 Did you change a lot from your first drafts to the final published version of your novel?
Oh, yes, tons. I don’t think single word or scene has remained intact. The first version was young adult and by the final version I had a new adult novel.

Does that feel like killing your darlings or is that a necessary sacrifice one sometimes has to make?
My beta readers usually get more anxiety about me killing THEIR darlings. But sometimes you have to do it to make the story more concise.

I once heard you should always “write what you know”. Do you agree or disagree?
All writers write what they know. Yes, they might write about things they don’t know, but in the end, it’s all relative to what they DO know. For example, maybe a writer has never killed a person, but they can imagine how someone else has because there are feelings they have had or movies they have seen or books they have read or people they have met that give them ideas and insight that help their imagination.

Or their characters have traits of themselves or people they know, or they might make a character who is “opposite” of someone they know . . . but in order to do that, it’s still based on what they DO know. I might not know what it’s like to lose a husband, but I know what it’s like to lose a loved one, and I can draw from that. So, I guess I don’t take that saying to mean what most people think. It’s not like “Hey, I’m a mom, I should write about being a mom.” But I can write what I know in the sense that I have absorbed things from having my children in my life. Just as I have absorbed things from having parents, being married, having friends, going to work, attending school meetings, going out for drinks, dining at a restaurant, sleeping in a hotel, going to an amusement park . . . you get the picture J

What sort of books do you love to read? What has influenced you in your writing?
I love books with paranormal aspects. Sometimes that’s fantasy, sometimes it’s horror, sometimes it’s mystery. I even like a little literary fiction!

Why did you choose indie publishing/self-publishing?
I had a lot of close calls with some major publishers that had solicited my manuscript, but nothing went through. In fact, I STILL haven’t heard back from Penguin, but I just took that as a “No”. However, a lot of people showed interest in reading my book, so I decided to put it out there for them.

I really appreciate all of my readers, because not only did they read my book but they recommended it to others, and that has led to some really big deals for me. An agent contacted me and I signed with them. He’s since got me lots of deals on the table, and we just signed with a FANTASTIC publisher in Germany! We’re looking to close other deals now, and one of them has me extra excited! I hope to announce that news soon, but I’m learning that this journey takes a lot of patience. It’s probably the hardest part of being a writer: having to keep so many secrets when you are about to burst with your desire to share the news with your fans.