Hello Diantha, thanks for agreeing to not one, but two Q&A’s! (To readers: this one’s normal, the other one’ll be a bit wacky, ‘cause I promised her that.)

Can you tell us a little bit about the basic plot of your Oracle of Delphi series?
This series is based around Greek mythology and centers around the Oracle of Delphi, the prophesier of the future, who just happens to be an 18-year-old red head from Adel, Georgia named Chloe Clever. After years spent plagued with hallucinations and tormented dreams, she eventually learns that it has all been for a reason. She has a great destiny to fulfill as the first Oracle in four decades...and the only one who can save Myth from a prophecy that could bring the entire kingdom crumbling down. Literally.

How did the idea for this series come about?
A hardcore love for Greek myth spawned the whole thing. I adore it. It was more about finding a focus amidst all of the myths and legends. I spent months with my head buried in books before I decided to give the OOD a try. Man, I'm so glad I did.

How long did it take you to write your first book, Prophecy of the Most Beautiful?
From conception to publication, it took about 2.5 years.

Do you have the entire series plotted already?
OH. YEAH.

Do your characters follow your lead or do some of them surprise you as you write?
Man, these guys surprise me all of the time! Ace Remedy, in particular, was supposed to be a quiet, little brother side-kick to Strafford Law (the main hero) and turned into this totally amazing character with an entire storyline of his own! I mean, I've had more requests for him to have his own book (which I am TOTALLY doing), than Strafford! So yeah, the characters keep jumping out of cakes on me.

Do you have a whole notebook full of names and nicknames for all your characters?
I'm a mess. My room's a mess. My desk/bed is a mess. Notes, papers, books, computer cords, and flash drives EVERYWHERE. Names and descriptions are all over the place, except in the file I created for them on my computer. SMH. 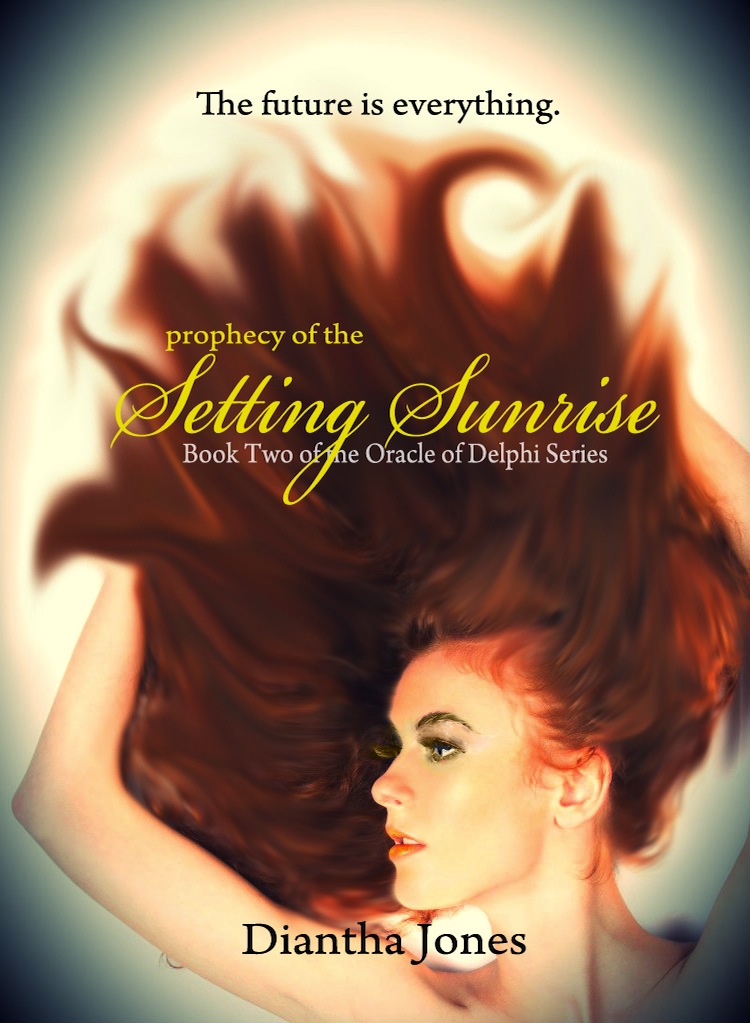 Did you always have a weak spot for Greek mythology?
Absolutely. As I said earlier, Greek myth is AWESOME. I've been into it for years and still learn something new regarding the myths and characters almost every day. And then on top of that, there are sometimes multiple myths for any one topic. LOVE that.

Did you have to do a lot of research?
I had to do a RIDICULOUS amount of research. I love libraries, but honestly, there were a few months there where the thought of being inside of one made me suicidal. I spent that much time at the library, sometimes for 8 hours at a time.

Do you have anything in common with Chloe or the other characters?
I like to think my sense of humor shines through these characters. I like to laugh. A LOT. If this series is one thing, it's funny. Chloe and I are similar because we'd both do anything for the people we love, and if you get in our way, GAME OVER.

Writing advice: ‘write what you know’. What do you think?
Thumbs down. If you don't know it, learn it. Stop being a lazy ass.

What made you decide to self-publish?
Same story as a lot of authors. Couldn't find an agent, even had a book deal fall through. SUCKS. But I really do like being Indie. It's so much freaking fun.