On Writing and Editing

In this blog you will find interviews with writers and editors on their multiple, diverse, varied and above all, personal and subjective experiences in writing and, well, editing. It's by no means a "How To" guide. It's more about... The Writing Experience.

Welcome to my website, Louise Caiola! To celebrate the release of her new novel The Making of Nebraska Brown, Louise is currently undertaking an April blog tour, and today she's guest starring here with a guest post. Take it away, Louise:

Way back when – even before my time, there existed a place known as Inspiration Point. Largely fictional, urban legend stuff, I believe. Typified by scenes straight out of the 1950’s: old cars and teenagers parked beneath a cheesy yellow moon. Stealing first kisses and trading class rings. What such inspiration was derived from this place? I haven’t a clue. Yet, how awesome would it be if such a location was available to those creative-types who needed a quick fix?
If only.

...according to author and editor Rebecca Hamilton

Hi, this is Rebecca Hamilton! Sandra invited me to stop by and talk a little bit about the most common errors I see when reading submissions for Immortal Ink Publishing. So that’s what I’m going to do. I’m actually not going to talk about typos or missing words, though most writers have them, because for us, this is not a big deal.
Everyone makes typos (yes, even me) and sometimes they manage to slip by the most skilled editors (though we do our best). However, typos are a bit easier to fix and is not an indicator of poor language, grammar, or punctuation skills. So let’s start with one of the most common errors.

Comma usage
Some people use them too much, some use them too little. And many people think they know how to use them, but they don’t. Some people even criticize others for using them too often or too little but can’t say why, often because they are wrong and are just guessing themselves based on where they feel commas should go. Of course, I’ve seen certain commas left off stylistically, and this is not a problem so long it does not change the meaning of the sentence and remains consistent.

'I can exaggerate anything I want' - Ksenia Anske 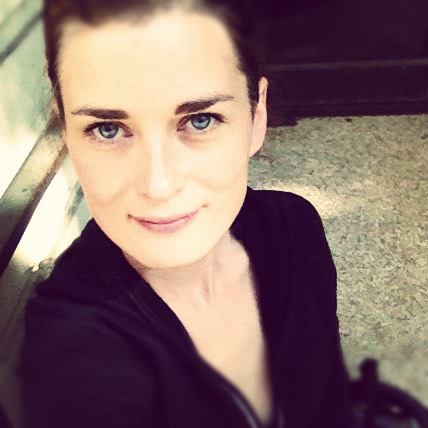 Ksenia Anske quit her career in 2012 so that she could write full-time. Since then, her debut novel Siren Suicides has developed into a trilogy that's currently being edited, and writing it (and tweeting lots and lots about it) has helped her to access and write out some deeply painful personal memories.

After following her on Twitter for quite some time, I've decided to ask Ksenia for a little inside information on the writing itself. She is very open about her history and the emotions and experiences that fueled her first book (so do read her blog), but I wondered how exactly you can turn something so personal into a fictionalised form - and even show it to the world?

Here's what Ksenia had to say...