Figments of my Imagination

This is the magical spot on my website where I will share my own creations, my stories, my musings, my figments of th'imagination. Published or entered into a competition or just things that are ready for daylight can be found here... enjoy! 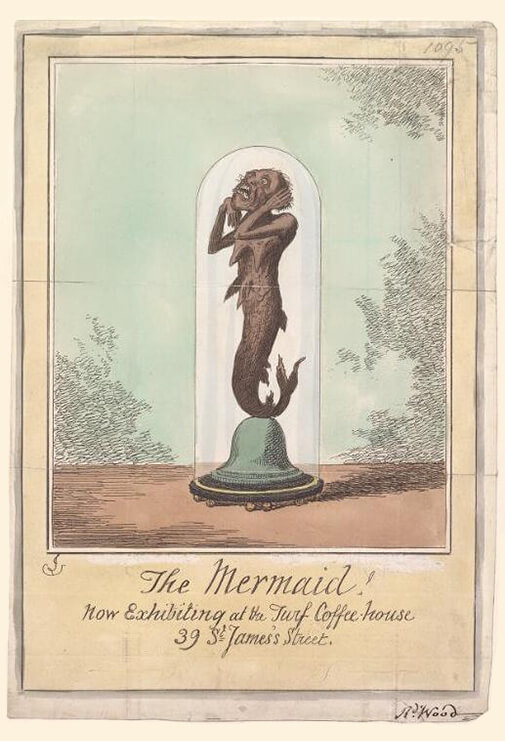 From the visual prompt on the left came a strange little tale about a daughter and sister... Published on the Visual Verse website.

‘Be all you can be,’ she said, as she brushed my long strands of auburn with her too delicate fingers.

Her hands taking their time to appreciate every single natural curl of my flowing hair, admiring the reflection of herself when she looked at me.

I never knew she was at that moment once more imagining the girl that should have been sitting by my side, sharing my eyes, my tears.

Trembling fingers then touched my cheek and turned my face towards her.

She made me meet her eyes. Two dark pools of experience surrounded by lines of wisdom and woe.

‘Never give up on your dreams.’ She made me promise.

And I did. As I gazed lovingly down upon her and crossed my fingers behind my back, I did.

Little did she know what I dreamt of... 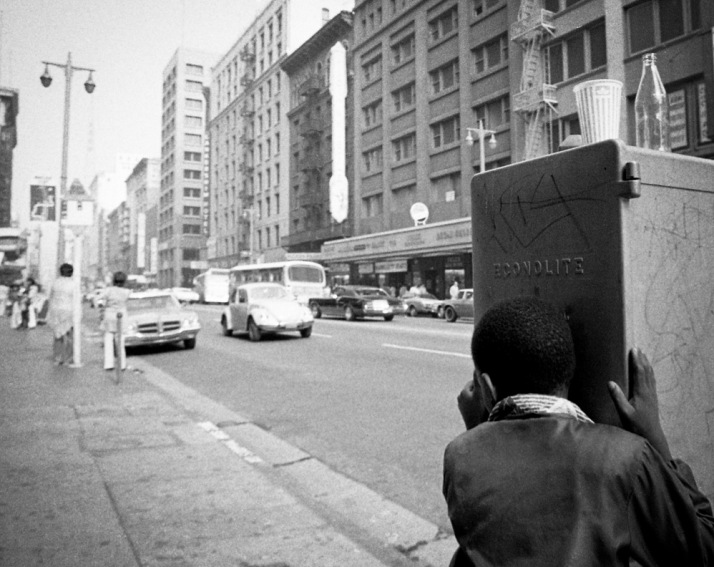 ‘There, that’s the one.’ Grandmother was pointing at an old building, smiling.

‘It was the largest store you’d ever seen,’ she continued, ‘in those days.’ She stared at the old black and white photograph, a newspaper clipping. ‘There used to be a whole wall full of glass jars. They were all filled with candy, in all the colours of the rainbow.’

Her eyes sparkled. Her old joints seemed a little more supple as she gestured around the living room, pointing at the jars only she could see, naming all the different sweets she remembered.

‘But of course we didn’t have the money to buy sweets. We didn’t even have enough to buy what we needed. I never wore clothes that weren’t Missy’s and Cissy’s first.’ She let out a sigh.

‘So when we were sent out stealing, we made a pact: never to rob this store. Not the one with the colourful candy jars. And we never did.’

What a wonderful day for a burning, she thought, rubbing her hands against the cold and stretching her wings.

The sun was high in the sky, but the city below her rays was cold and silent. It had been deserted for days. There had been no more movement since the Rumble. The Rumble that she had caused. Buildings had toppled, cracked and split. She’d quite enjoyed the birthday ruckus. Who knew that an underground hatching could be so destructive?

Well. They shouldn’t have built that metropolis on top of her egg, then, should they?

She folded her wings back in, before they got too cold. She padded forward and cleared her throat. She took a deep breath and focused. With all her might, she breathed out.

Triumphantly, she watched a single spark skitter and catch.

After all, one good spark is all it takes to set the world on fire.

To have travelled this far with as many hardships as I have faced, would be called idiocy. But only if there was someone here to call it that. And there isn’t. They don’t know that I’m coming, you see. Very suddenly and without fair warning, I have packed my bags. I’ve chosen a different route this year. You could almost say that I have gone on holiday, if I wasn’t working.

The low-hanging sunlight does nothing much to warm me. Not anymore. It’s almost as if she has grown tired of defending her territory, too. We are giants, she and I. We have lived in our own worlds for far too long. Time to shake it up a little.

These waves tried to swallow me once. I spat them out and kept on breathing. Salt water clung to my hair for days. My mother urged me to shower, to rinse out the silt, the sand, the memory. But the rainy droplets on my head whispered the same secrets as the waves.

It’s not that I didn’t want to hear them, it’s just that I couldn’t understand. The language of the sea was still a mystery to me.

Years have gone, I have learnt to swim. Commanding the water beneath my wings, floating on the surface as if by magic. Buoyancy has boosted my confidence.

And now I’m back, staring out over this seemingly unending sea. I see its promise, its possibilities. The horizon slightly beyond my reach. Determined to conquer, to wade in deep. With a single red umbrella, so that you can keep track of me. 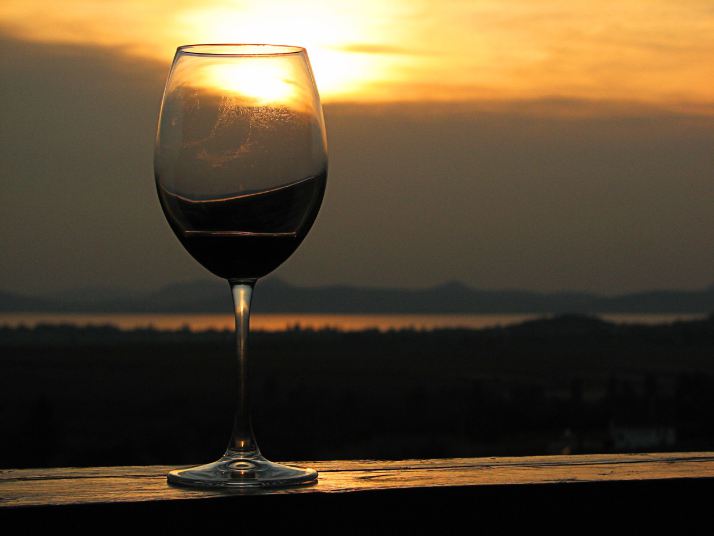 Best friends. We’ve been best friends all our lives. She knows all of my doubts, my fears, my happiness. My husband.

‘Let’s drink to that, shall we?’ she says, happily raising her wineglass.

I raise my glass filled with a beautiful dark red liquid that sparkles in the light of the dying sun.

But I don’t drink. I never have. She should’ve known that, too.

I watch as she presses the cold glass against her lips and her lipgloss leaves a smear. I wait… but she waves her glass in the air again. ‘To thirty years of friendship!’ 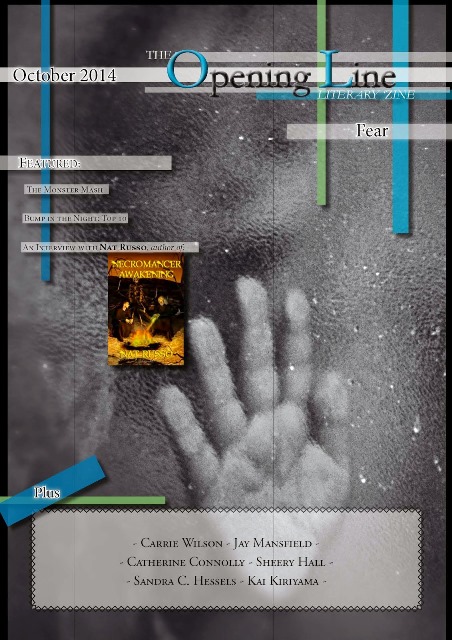 I am here. Here, I tell you. Inside. You have to look deeper. What you see is my body, but you need to look closer. Look at me. Look at me. I am here. I’m still here.

I’m looking out through two eyes that are bright as day and want to take in every rose petal, every ray of sun, every line on every face of everyone around me. But those around me are sombre, and I know why. There is something wrong. Very wrong. I am dying.

My body is giving up on me. Parts of it are paralyzed, or at the very least are stubbornly ignoring my every command and making me work for the smallest movement. My voice is nearly gone. I can only make myself heard by whispering as loudly as my lungs will allow. And even when I force out the air with all my might, past the raw hoarseness of my voice, they still don't understand me.

I am locked inside the prison that is my own body. Yet I can look down on it and still see it as it used to be, walking, skipping, dancing. But no more. I am weighed down, unable to move; my own body is slowly turning on me, attacking me from the inside.

'You've been hearing stories about me.' He pulled a tattered copy of "The Dark Side of Life" out of his coat pocket. 'My ignorant prodigy has spoken of me. My illicit children and grandchildren. My children of the night.' The aged vampire's eyes sparkled with amusement.

'You did not think I would miss the opportunity to read such books, did you? I love to read, and vampire books have always been a particular delight,' he continued. 'Although these so-called "Confessions of a Dark Mind" are not nearly as entertaining as those that portray the vampire as a purely evil being. I much prefer being seen as an evil being. Ungraspable. Unmistakable. Unknown, really.'

Blast from the Past

Silently seething she opened her backpack and began shoving her stuff back into it. With each item her hand was quicker to get it over with and by now she’d begun to sigh dramatically. She looked up, briefly, to make sure he heard or saw her, and preferably both. He did.